“I’m trying to turn it invisible. It didn’t work the other times, but now…” He raised the hand up against the sun and Phoebe scrutinized it with him. No matter how far he squished his eyes up into his face, his hand kept blocking the rays.

“So, what did you wish for?” Phoebe asked. “You don’t have to answer. I was just wondering.”

He lowered his hand. “I just wanted people to leave me alone. To stop being all buddy-buddy, it’s so uncomfortable. I was Abigail’s pity case.”

She frowned; hanging out with him had been nice. “I agree with Cat, you should learn to control your ability-” she stopped him before he could interrupt her, “so that you can go back home and prove her wrong. Show her your aspect and she’ll understand you aren’t dead. Then you can fuck off.”

The afternoon was quiet save for a breeze rustling the grass, the rumbling of a single engine, and Kirk’s laughter.

Until a thump made Phoebe’s ears swivel back towards the cars. People were getting out now. There was a second thump as another door closed. A thump, and a glint of black. 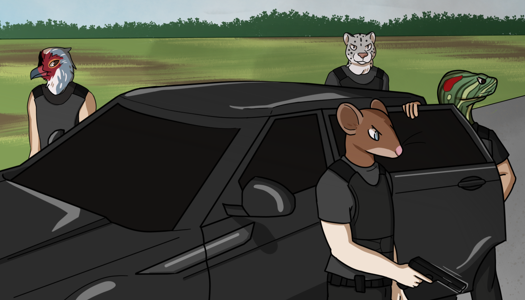 Four people in dark clothes. One of the men–with the aspect of a field mouse–was fast approaching, and it didn’t register that the black thing in his hands was a gun until he was close enough to aim at her. She threw her hand out for Kirk but he was gone again, completely, and she couldn’t find where to grab.

A BANG and zing sent her scrambling. Close, too close. A yell that had tried and failed to be “Shit!” escaped her mouth. She ran for the house as a second bullet hit the ground near her feet. 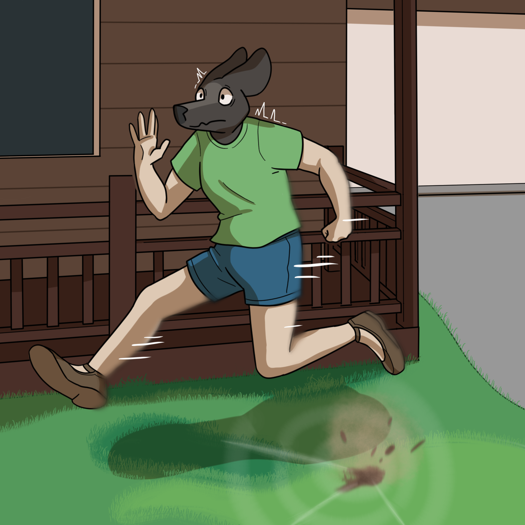 First page of 2023 and things are really popping off. Watch out!