Excerpt from The Natural History of Lupercal, Book X. Chap. 3. Circa 70 CE
Translation by Cat Lange

Of all the birds, the Firebird is perhaps the most remarkable- even more so than the Phoenix. Like the Phoenix there is only one, and I cannot say for certain whether or not it is just a fable. It is described as being very beautiful, about as large as a peafowl or crane, with orange, red, and white plumage. Notably, its body glows bright like cast iron. Tales of the Firebird state that those who encounter it at night believe that the sun has risen prematurely, for it prefers to perch with its large wings splayed over its head. 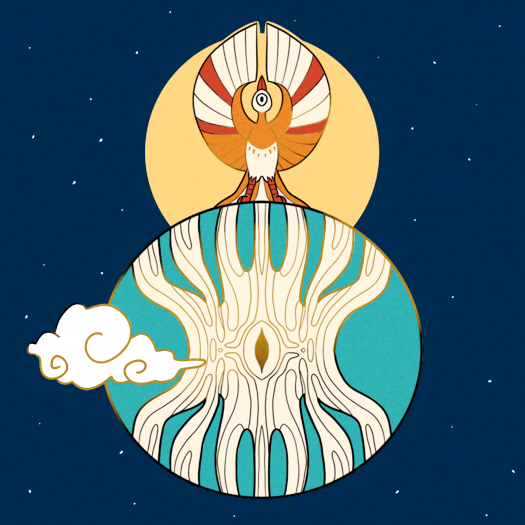 The glowing feathers are highly sought after, but not for their appearance. We are told that the Firebird is an animal which wields divine power. Each feather can grant a wish; strength, wealth, beauty, love, and blood all pour from its plumage. Only once a year, the Firebird will perch before someone and allow them to take a single feather from its tail. How it makes this choice is unknown, but it does not discriminate based on social class and has been sighted in every part of the world.